A Greens senator has called on the Australian government to scrap student loans rather than spend billions on tax cuts for wealthy Australians.

Deputy party leader Mehreen Faruqi – who was recently criticized for an “appalling” tweet about the Queen and imperialism – tweeted on Sunday that Australians were grappling with “skyrocketing” costs of living and housing.

The tax cuts, due to be enacted in 2024, are the third stage of a tax plan by the previous coalition government that critics say will cost up to $243 billion and will mostly favor the wealthy.

The Stage Three tax cuts would eliminate an entire tax bracket and impose a flat tax rate of 30 cents on the dollar on workers earning between $40,000 and $200,000.

Senator Faruqi’s comments are part of a push by the Greens to use the money instead to clear the HECS and HELP debts of more than 2.9million Australians at a supposedly lower cost of $60.7billion over the next decade.

Ms Faruqi says the tax cuts will ‘further entrench inequality’ and that ‘we should cancel student debt to reduce the inequality gap’.

“Many current MPs, including the Prime Minister, went to college when it was free, but now students are saddled with tens of thousands of dollars in student debt that often takes decades to pay off. “, she said.

“Abolition of all student debt will have huge positive impacts for millions of people who can afford to live a better life.”

The Greens point to analysis by the Parliamentary Budget Office which shows that tax cuts would benefit high earners and, because of the gender pay gap, men. 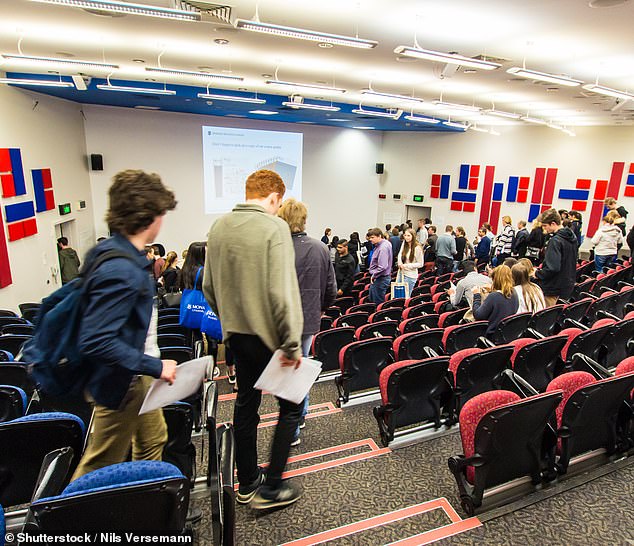 Senator Faruqi has come under fire for her comments following the Queen’s death earlier this month.

‘Condolences to those who knew the Queen. I cannot mourn the leader of a racist empire built on stolen lives, land and wealth of colonized people,’ the senator tweeted.

“We are reminded of the urgency of a treaty with the First Nations, justice and reparations for the British colonies and becoming a republic.”

The tweet drew hundreds of mixed comments and prompted One Nation leader Pauline Hanson to launch a racist attack on Ms Faruqi, telling her to ‘go back to Pakistan’.

Senator Faruqi has signaled that she may file a complaint with the Australian Human Rights Commission over the attack.

President Joe Biden should comment on efforts to offer student debt relief during a visit to New Mexico. A federal appeals court has temporarily blocked the loan forgiveness plan, but federal borrowers can still apply for debt relief online. “Following a court order, we are temporarily prevented from processing debt releases. We encourage you to […]